What to Do With Memories by Utilizing Things Such as Indirect Lighting in Light Box Style, Yatsuzaki Halo, Feeling of Wanting to Kiss, Family Story, Sagamihara Stone Burger, Forget Medusa, and Element 50m Ahead 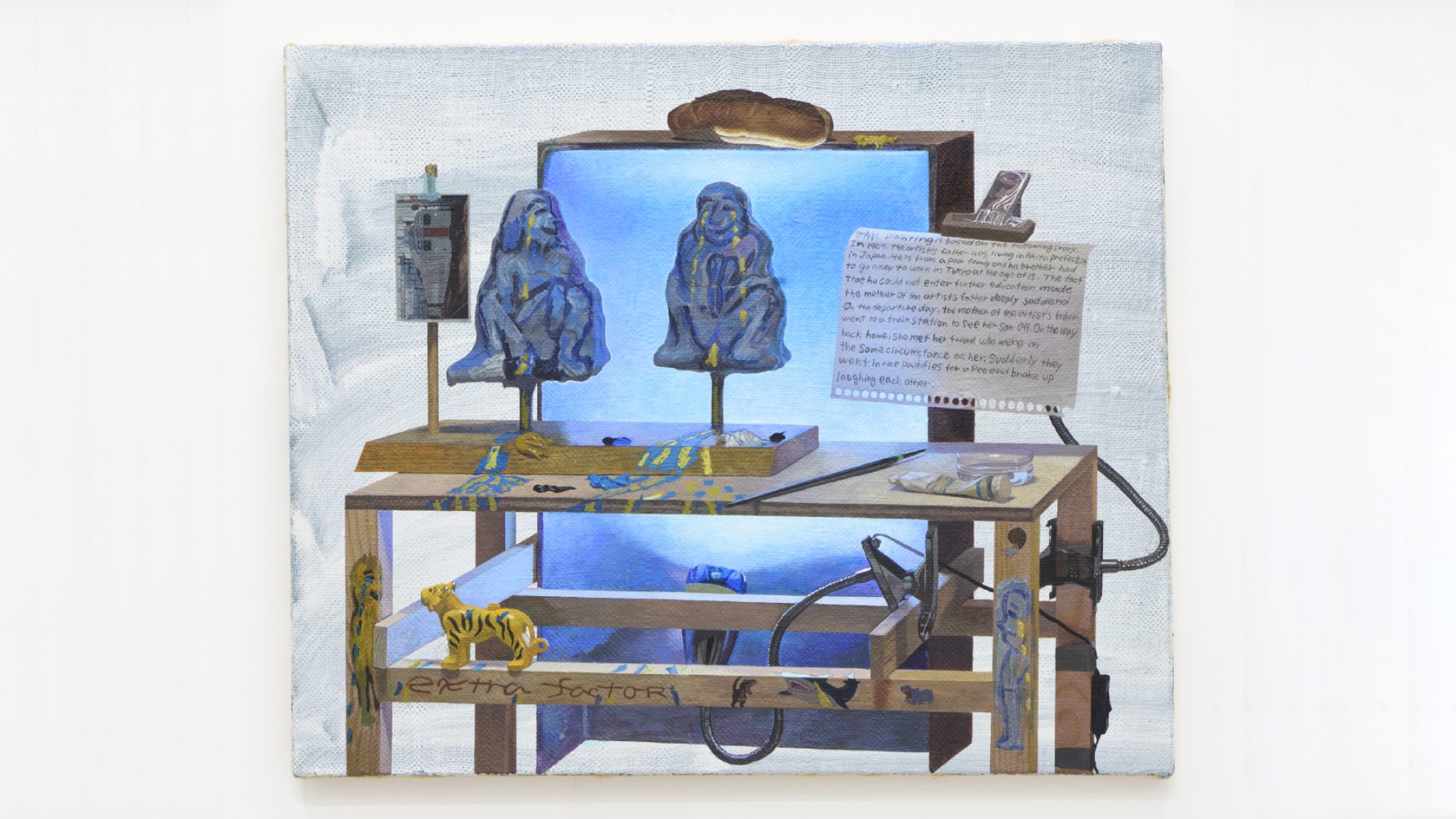 
Infinite Factors
Consider Nakahira Takuma (1938-2015), who looked through the cameraʼs viewfinder with dramatically different perceptions and sensibilities from those of his photographer contemporaries. He was a great observer who consistently and candidly captured the blatantly materialistic “world” in front of him through his lens, approaching each dayʼs profusion of chance encounters and discoveries in such a way that the subjects seem to be looking at us rather than vice versa.

What is Chiba Masaya, born more than 40 years after Nakahira, doing, and what does he intend to do, in the territory that Nakahira, whom he greatly admires, pioneered before him? There may be hints in the phrases “infinite factors” and “extra factors,” which appear in his recent paintings and drawings.

Chiba Masaya was born in Yokohama in 1980 and is currently based near Mt. Takao in Hachioji, on the western outskirts of Tokyo. His work incorporates handmade sculptures, personal belongings, and everyday items.
These have changed in color and appearance over his career, which dates back to 2004, and some objects recur repeatedly, while others are newly introduced. Chibaʼs mode of active involvement with these objects, his returning to his chosen objects again and again and at times assigning them new roles, is a difficult and time-consuming approach, in which he seeks to pursue further the opposition and relationality of self and world pioneered by Nakahira, with no manipulation using tools such as computers.

Chibaʼs large-scale work Letʼs Have an Adventure #3 (see reference illustration), produced this year, makes extensive use of dialogue from the iconic manga series One Piece and Ashita no Joe. While in the past, the protagonists of boysʼ adventure manga were along the lines of heroes that save the world, the hero of One Piece aspires to “become the Pirate King, the freest man in the world.” The main characters of Ashita no Joe, Yabuki Joe and Rikiishi Toru, while always stoic, are also far removed from the archetype of the hero as savior. When these bits of manga dialogue appear in Chibaʼs works in the same visual layer as his handmade sculptures and the utensils and daily necessities, it seems that he seeks to diffuse and blend the manga he has been familiar with since childhood into his own personal environment.

In all of the artistʼs works thus far, the objects represented are not imaginary but real things he has carefully arranged, or existing images he has collected. Thanks to his extraordinary skill, Chiba has the great advantage of being able to differentiate materials beautifully according to texture, so that wood looks like wood, metal like metal, and plastic like plastic.
As a result, while Chibaʼs works are paintings, they could also be called “portable installations.” His art appeals to viewers as something new, unprecedented and full of adventure, because of the way he rigorously adheres to the medium of painting and explores its possibilities to the greatest possible extent.

Chiba has already produced numerous inventive works that deserve high regard as major achievements in early 21st-century painting. The greatness of his work lies in the tension, and the fearlessness, of his faithfully carrying on painting traditions, old and new, Eastern and Western, while at the same time using painting to tackle the existing narratives of contemporary art head-on. Today, when we may be well on the road to a world dependent on artificial intelligence, Chiba Masaya continues to carry out a unique artistic practice of tremendous significance to present and future generations.

In this exhibition, we are pleased to present a group of paintings based on new concepts as well as a selection of drawings from Chibaʼs existing body of work. 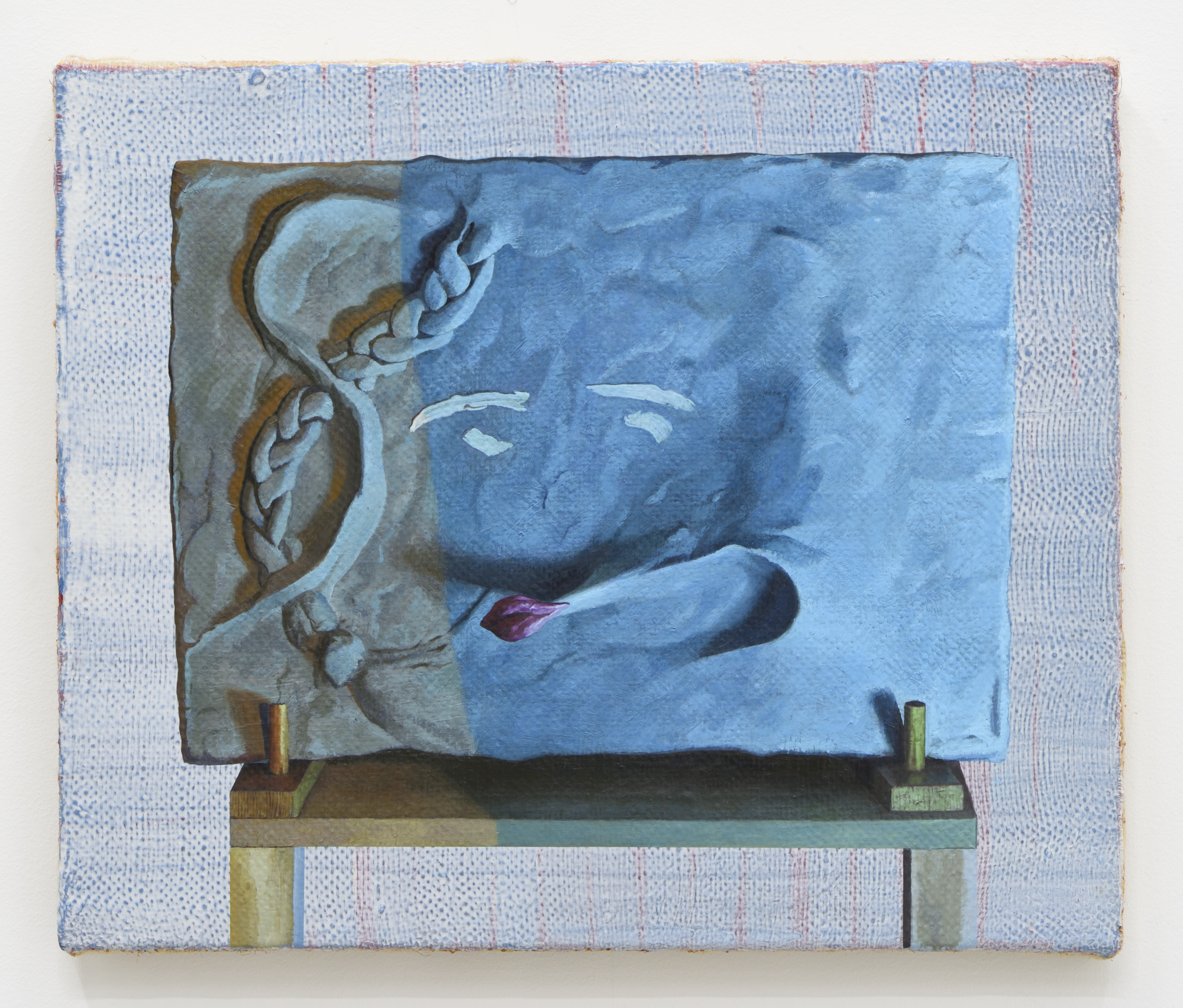