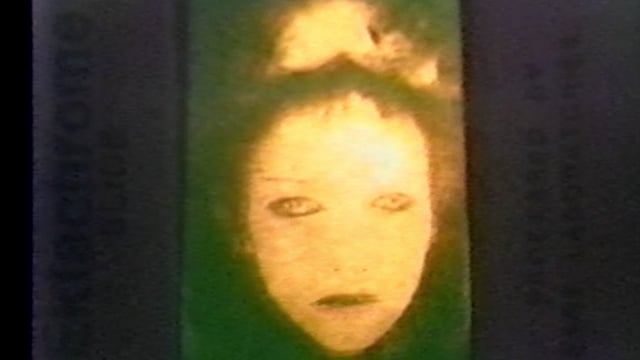 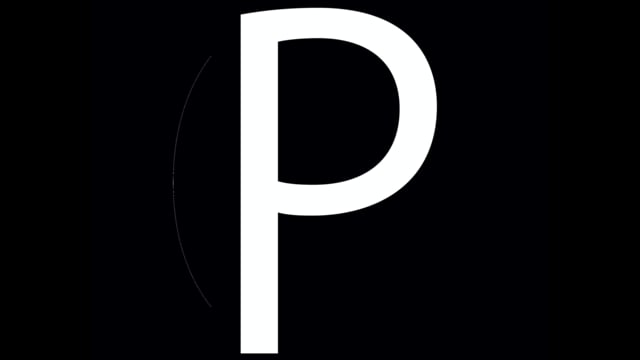 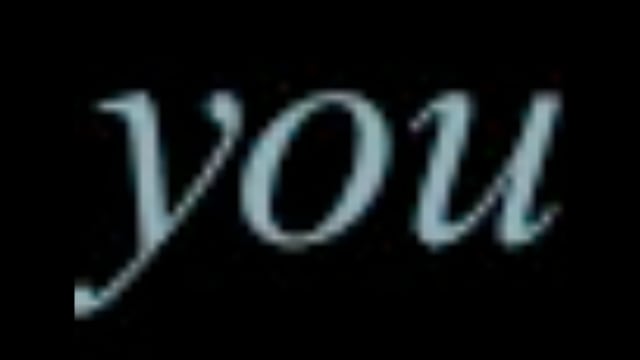 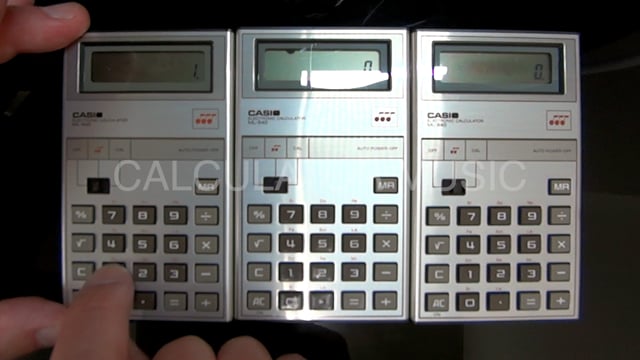 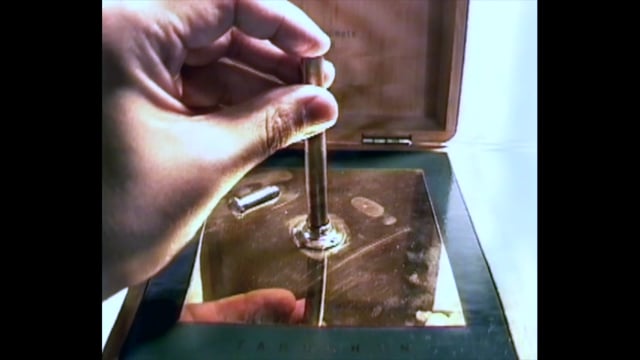 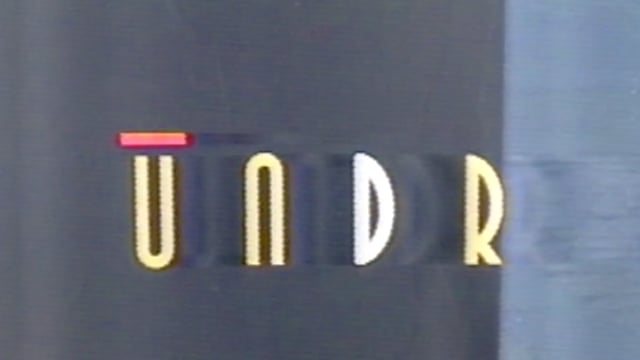 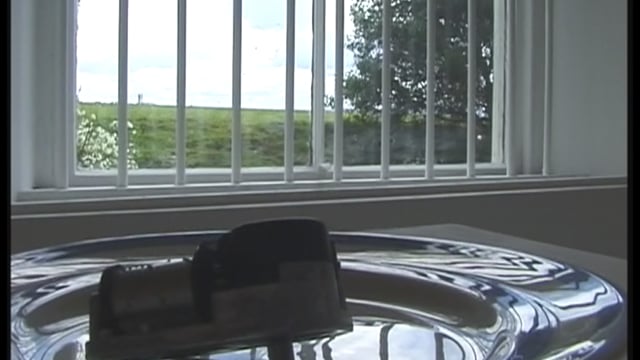 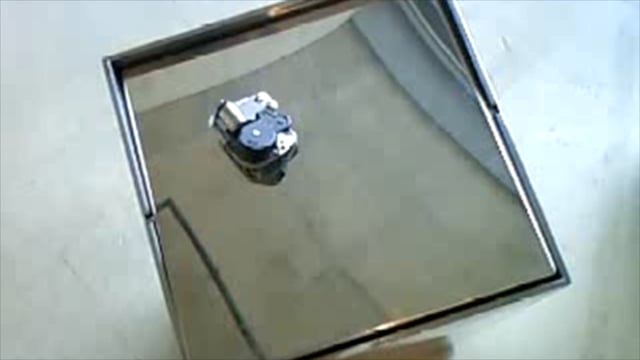 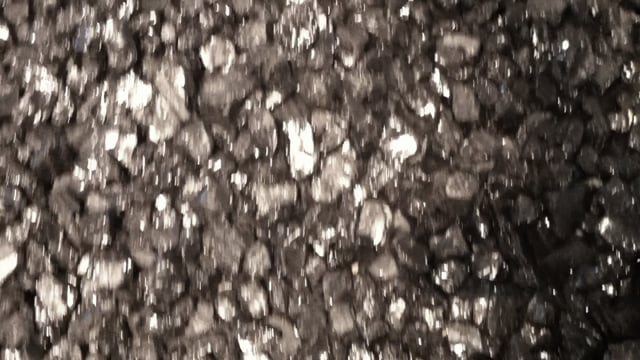 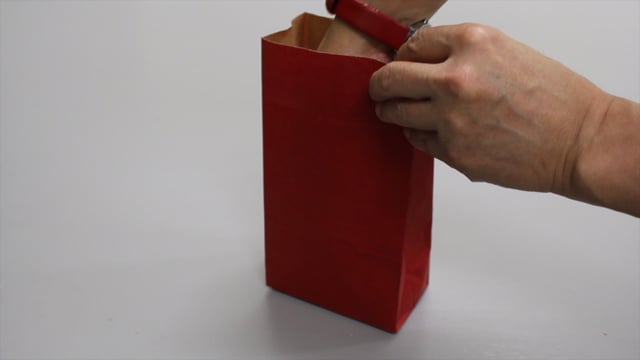 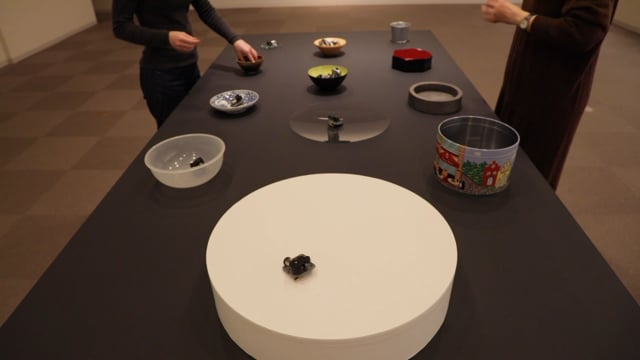 This video work was exhibited in The 1st Video Independent Exhibition—Art and Document at the Osaka Contemporary Art Center in 1980.

I did not have any video equipment at the time and learned that I could borrow some VHS video equipment from the showroom of Victor, the company sponsoring the exhibition at the time, if I wanted to use the equipment for my work in the show. This is how I made my first video work.

I used a fixed camera to film the process in which I stacked 35mm slide mounts one by one which I had used to film numerous copies of a girl’s portrait and then removed them one by one. Video camera tubes back then had a lot of after-images, and in this piece, the faint after-image of the girl's face is still visible even in total darkness.

The music was produced by a multi-cassette recorder and endless cassette tapes.

At the end of the 1970's I acquired a SPEAK & SPELL, a toy for practicing English pronunciation, which was released by Texas Instruments. When you press its alphabet keys as you would use a typewriter, a faint male voice pronounces those letters from the speaker. The toy only verbalizes twenty six letters from A to Z, and it does not have the ability to vocalize the words you type in. However, when I found the word "MUSIC" in its built-in word book, I had an idea to write a song by using this SPEAK & SPELL as its vocal.

M-U-S-I-C MUSIC, the lyrics for SPEAK & SPELL, was actually the concept of "separation and unification" in my “sound objects” that I would start working on several years later.


The video was created for the exhibition phono/graph at The Kobe Art Village Center in 2015.

This is another song from the album LADY MAID.

When I was pressing the various keys on SPEAK & SPELL, I discovered that there was a difference between the letters perceived by my eyes and the letters perceived by my ears. For example, when I pressed the keyboard for "U", I heard the word "You." The commonly used "EZ" sounded like "EASY" to my ears. So, while pressing the other keys, I looked for alphabets that could be words and created this piece by pressing the following keys: U, R, V, Z, I, M, E, and Z.

A few years ago, I received an email from a female musician in Sweden who wanted to release a record of this song. When I listened to the record I received afterwards, I was surprised to find that she was singing it in her own voice.

This video was also made for the exhibition phono/graph.

From the end of the 1970s to the 1980s, electronic pocket calculators were very popular. Many companies sold calculators with various functions, and the Melody Calculator, distributed by Casio, played sounds at different pitches when the number keys were pressed. However, those sounds were not necessary, and the function was simply auxiliary.

Among several calculators with similar melody functions, I noticed that Casio's calculator had the feature of playing melodies according to the number shown for each calculation. Therefore, I thought I could compose a piece of music by doing calculations. If the number at the seventh decimal place was doubled, the error rate would gradually increase. And the melody would be different as well.

I took out my Melody Calculator after a long time and recorded it on video, and I noticed that every pitch was slightly different from when I played it about forty years ago.

On April 21, 1970, while I was reading the TV program in the morning newspaper, the words "The World of Inagaki Literature" jumped out at me. It said that Harumi Setouchi would be interviewing Taruho Inagaki on NHK's morning radio program. I rushed to turn on the radio and set a tape on the tape recorder. Taruho's voice was stammering a little, talking rapidly about his literary background. The moment came suddenly, about ten minutes into the program.

When Taruho, who was speaking in a reclusive manner until then, moved on to talk about airplanes that he saw when he was young. His memory from those days must have come back to him. He started shouting, "Contac, coupe, contac, coupe, bururururururururururuun.” I still remember how I fell into a swoon at the sound of his voice. It was the moment I fell more and more in love with Inagaki Taruho. Harumi Setouchi was also laughing and seemed to be having fun.

I wondered if it would be possible to make an object out of Taruho's voice, so I created Gramophone of Taruho using a digital sampler circuit board and sprinkling in some key words from Taruho's literature such as brass cannonballs and AO cylinders.

This is an 8mm video recording of the exhibition UNDR in Copenhagen, Denmark in 1992.

The title UNDR is taken from a short story by Borges, meaning "wonder" in Viking’s parlance. It was an interesting exhibition that took a broad view of technology art, from high tech to low tech, consisting of "questioning things,” the common denominator of art, science and technology. It was my first time participating in an international exhibition.

The room I was given had a large window. I had an idea to listen to the sounds of the outside through the window, but there was a problem of opening the window and letting the rain in. I talked to the director of the exhibition about this idea. He thought about it for a while and said, "nice idea!”

In 2002, I was invited to participate in the St. Ives Art Festival in South West England. The theme of that year's festival, called CERAMICA, was ceramics. Thus I pitched the idea of walking on the tiles to the gallery director and he said it would be fun.

St. Ives seemed to be home to many potters, so I sent him an email with a plan to pick up not tiles but the plates, jars and other fragments that were discarded from nearby pottery studios, and lay them on the floor to walk on them. A short time later, I received an email from England. “I tried it, but the fragments were so sharp that it was very dangerous to walk on them," said the director. So we reverted to our original plan of using wall tiles.

Then I received another email saying, "I tried to walk on the tiles, but this time the surface of the tiles was too smooth and slippery to walk on, which was still dangerous.” This work, which I had thought would be easy to do on a mere spur of the moment basis, was surprisingly difficult to accomplish. It was my fault that I submitted the plan without experimenting beforehand.

Just as I was thinking of giving up and changing to a different plan, I received an email from England again: "I found a good one. This should work.” I went to the gallery in England where there were 2,500 unglazed milky white tiles, which were so beautiful that I laid them on the floor in two layers.

As I carefully walked on the tile floor, the sound of the tiles rubbing against each other was very fleeting. Then I was startled by a sudden cracking sound and looked down to see a vivid drawing of cracks on the tiles under my foot.

I liked it very much, but I feared that people in England would not understand its delicacy. On the opening day, an elderly gentleman was walking on the tiles in the gallery, and when he noticed me, he said, "Great! The sound is rising." I was skeptical of his words. Then I listened again and heard the sound of the tiles coming from the floor and going up to the ceiling with a whiff. They taught me how to make and listen to my own artworks.

In my exhibition at Aomori Contemporary Art Centre, I was planning to bring my music box units and nothing else, choose various materials in various shapes at the museum, and put music boxes on them.

I checked various spots in the museum to look for something that would create interesting sounds, but things didn't go as I had planned. When I went outside for a break, I found a stainless steel trash can next to me. I put a music box on it, which I happened to have in my hand, and it started making an interesting sound. As I was watching the music box moving slowly on the revolving lid, the lid suddenly turned and the music box dropped. With that, the sound abruptly stopped. I still vividly remember the moment when I encountered this unexpected incident.

This work was exhibited at phono/graph in Dortmund, Germany. The exhibition was mostly prepared by graduate students in Dusseldorf and Dortmund.

Since Dortmund used to produce coal, I sent them an email with a plan to lay out the coal in the form of a vinyl record, and they took care of all the arrangements and preparations. In the middle of the preparations, we came to realize that there was a dust sensor installed in the exhibition site, which made it difficult to exhibit the coal due to the risk of dust flying off the coal.

They found a solution to this problem by “washing the coal.” Each cleaned coal started to sparkle like a diamond when illuminated.

When a music box unit is played without being secured and placed on a table, the rotation of the screw makes it move like an organism. It was interesting to watch its movement, but when I put it in a paper bag, it began to act like a true living thing. This is an example of how our auditory sense can be more imaginative when we cannot utilize our vision.

This artwork was created for a workshop for local elementary school students at the exhibition of the new collection at the Otani Memorial Art Museum in Nishinomiya City in February 2020. The aim of the workshop was to select a round object from the museum's warehouse and place a music box inside it, so that each student could experience the changes in sound depending on the material and shape.

Unfortunately, the workshop was not held due to the pandemic, so I decided to document the workshop in a hurry. On the monitor, I ended up witnessing a world different from the one we would actually experience at the workshop.