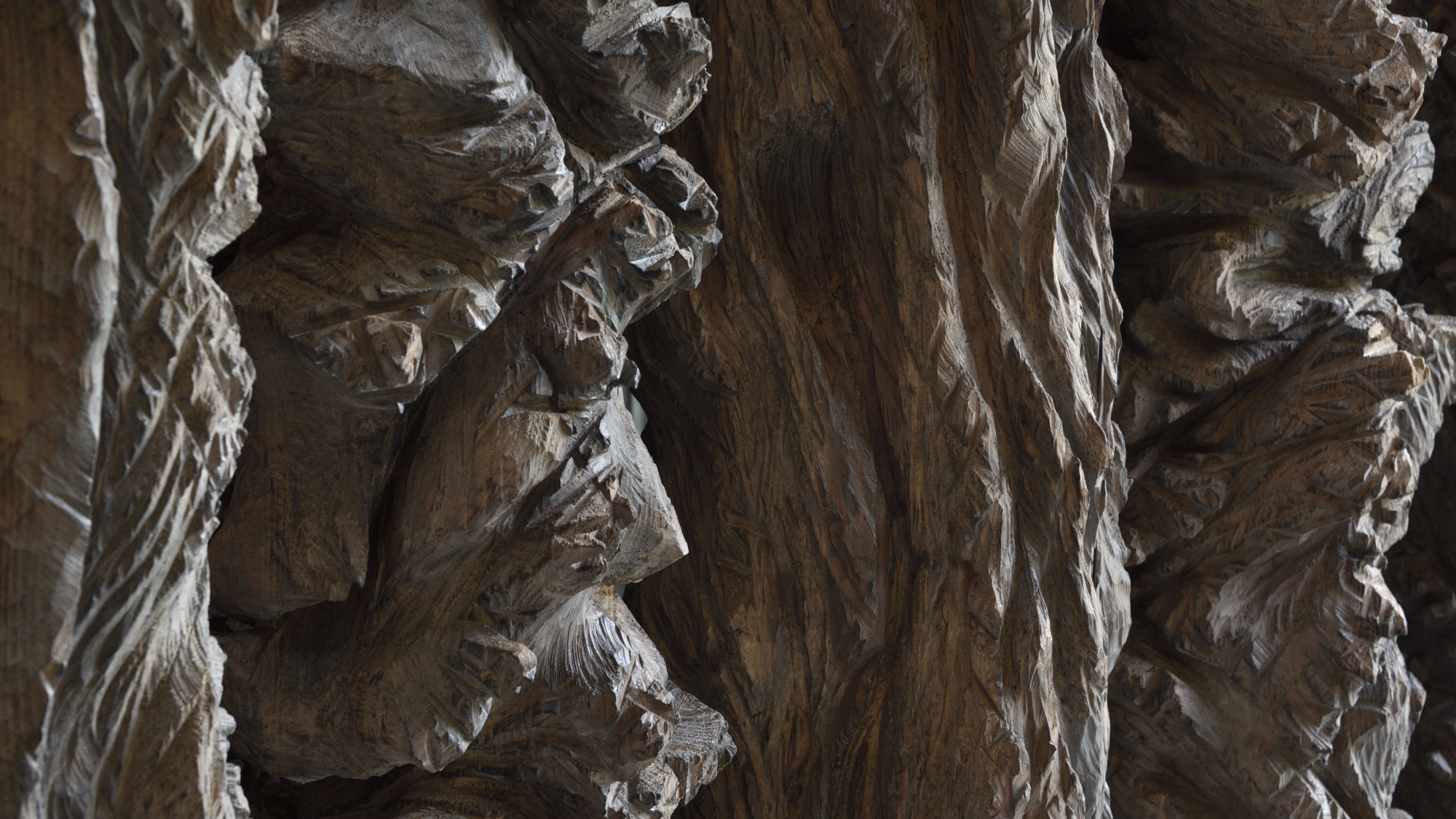 
A woods is a space with an intertwined thickness formed not only by trees, but various living things, water, air, sound, smell, and signs. It breathes and is rooted in the folds of the earth, which is woven out of mountains and valleys. The sightline exchanged between the mountains and valleys in the woods forms a woven space of diagonal lines and the density of light and shade creates a multi-centric structure. The vertical and horizontal lines that appear in this multi-center also support the diagonal structure. I attempted to incorporate this structure as a “woods” within the sculptural structure. The sightline of the forest gradually arouses emotion as a matrix of tactility, and though conceptual, it triggers an emotional state of reciprocal motion. This is where the body intervenes. Air, water, and the rhythm of sound drift across the surface of the material via the body, and slowly take shape as a sculpture.

After undertaking an analytical study of art from all times and places, and arriving at his own original view of sculptural history, Shigeo Toya’s (b.1947) practice occupies a special place as constructive sculptural expression for the 21st century.

Appreciating sculpture requires a toughness unlike the literary approach that can sometimes be useful in understand a painting. Takaaki Yoshimoto (1924-2012) concluded his book Takamura Kotaro with the line “the incomprehensibility of sculpture.” As this suggests, it is necessary to access a different sensory channel than the one we rely on when looking at a painting.

It is impossible to overemphasize the fact that Shigeo Toya’s wholly unique sculptural art came to fruition in the Far East nation of Japan. In this exhibition, we present the tenth work in Toya’s Woods series, which he has continued to pursue as his lifework since making the first piece in 1987, in ShugoArts’ new space. In conjunction with this work, the gallery’s second room will be used to present some of the artist’s latest small works as well as works from the past. 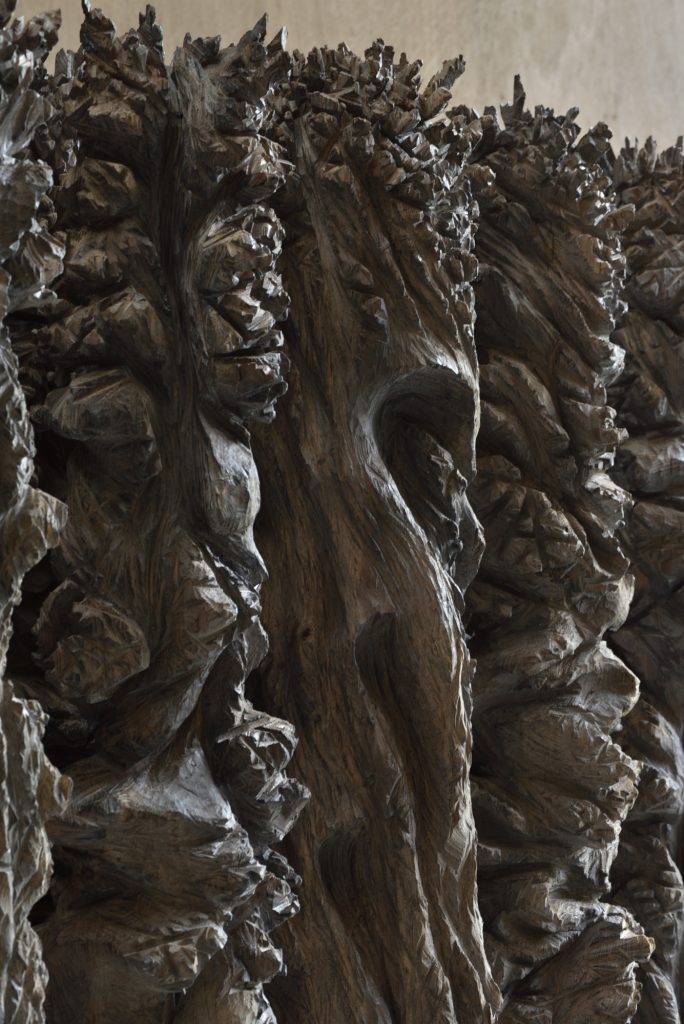