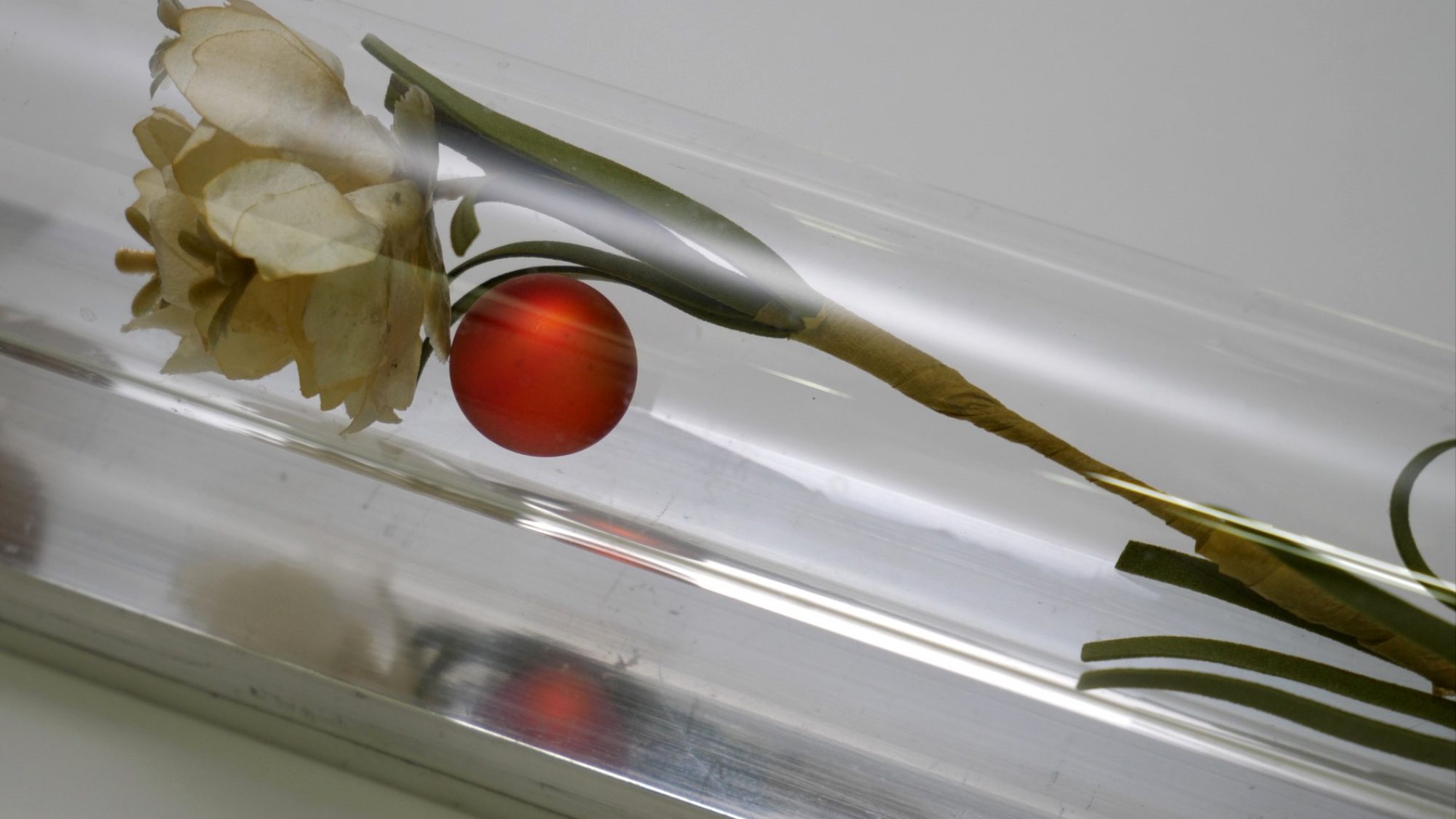 
In the 1970s, as I continued to create works of art in which I fused various electric sounds to generate louder sounds, I started to realize two things. The first thing I realized was that no matter how complicated the waveforms were, everything would end up making similar sounds when I put them together. The other was that the first time experiencing the sound would be the most interesting. As I listened to a certain sound two or three times, my body would grow accustomed to the sound and rapidly become less stimulated.

Because of these unsatisfactory findings, I abandoned using a synthesizer in the 1980s. After that, however, mundane sounds in which I had no interest until that point began to captivate my attention. The sounds of turning a page, placing a cup on the table, clothes getting rubbed, and coins discharged from a vending machine… These were never simple “insignificant” sounds, which cannot be artificially generated by putting together waveforms, but flush with extremely high density content. In addition, although almost all of them were small sounds, they retained their own idiosyncrasies and sounded mettlesome in their specific environments.

Yukio Fujimoto started developing his art practice through his own realization of an aspect of the human cognitive capacity in which we put together “music” by listening to various mundane “sounds” and recognizing their sequential compositions. Ever since the early 1980s, the artist has reconfigured the relationship between readymade objects, space and humans and has altered his way of artmaking from “making sounds” to “listening to sounds.”

In ShugoArts’ third online exhibition titled Yukio Fujimoto Sound Album, we put together his forty-year-long art practice from 1980 to 2020 into a single “album” in which the readers can probe into the source of the artist’s “sound.” In SIDE A “music boxes”, the viewers can watch a series of videos of Fujimoto’s artworks, which were recorded for this very occasion. This section is centered around his artworks created with music boxes, which gave Fujimoto an opportunity to alter his cognizance of space and sound. The viewers can examine these artworks with both video and sound. SIDE B “fragments 1980-2020” contains rare videos, in which the artist himself recorded in different media such as VHS, 8mm, Digital Video and iPhone from the 1980s to the 2000s, and digitized and edited for this exhibition. This group of videos also function as an important archive since they capture his diverse practices such as Normal Brain, Fujimoto’s one-man band, from the early 1980s when he was active in the music scene, and his site-specific performances in museums. All of this content is going to be available online from August 1. Please enjoy this exhibition with the description written by the artist.

SIDE A : music boxes

Please enjoy our Online catalogue “Yukio Fujimoto music boxes”  for more details of SIDE A artworks.