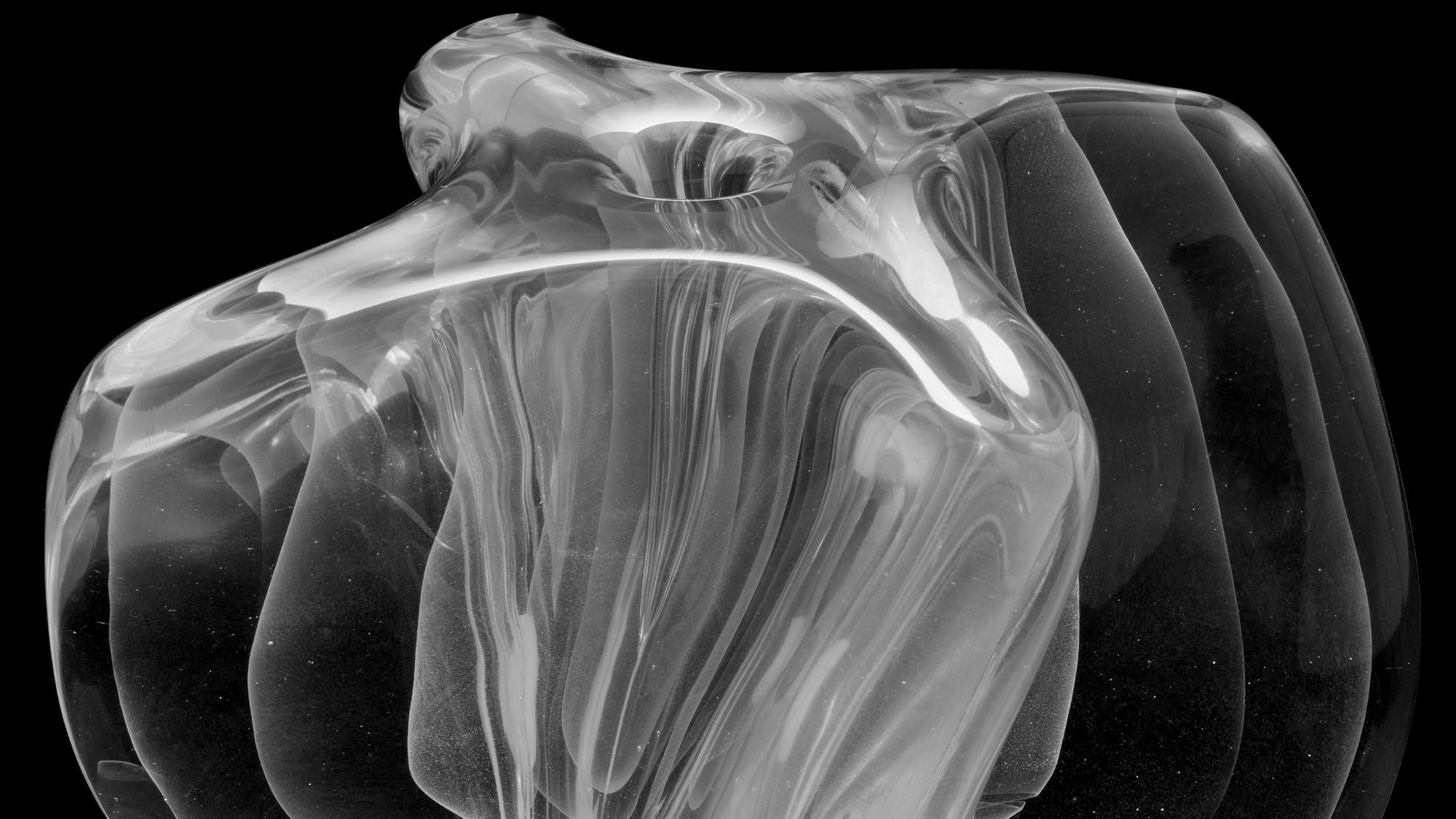 
As I calmed myself and began to think about this exhibition,
these words suddenly came to me.

“Stars” refer to us – people seen from way out in the universe
who are alive at this moment in time.

Each of us is lovely,
and all of us are imbued with clear light and a vivid sparkle.

Ritsue Mishima: Stars
To Mishima Ritsue, who has continually produced transparent glass works, there is no more important element for her creations than light. But rather than simply relying on light, Mishima actively takes advantage of it. This makes it seem as the artist’s main goal is to bring her work to life through the essence of light.

Though Mishima constantly tries to open up her work by incorporating the surrounding light and air, in a way, she approaches light as a special pigment in the same way that a painter uses paint on canvas.
The fact that this exhibition is titled Stars can also be seen as a reference to light. Constantly emitting or serving as a receptacle for light, stars are synonymous with the element. This perhaps explains why the artist entrusts them with meaning.

Though Mishima has established herself as one of the foremost contemporary Venetian-glass artists, she did not originally settle in Venice due to an aspiration to use the material. In her early 30s, Mishima bet everything she had on Venetian glass, and carved out a new life for herself as an artist. In that sense, she can be seen as a product of the Venice region, and the material, known for its high viscosity, proved to be a perfect match for her vigorous, affirmative style. Along with Mishima’s intuition and unique life, the combination of her beginnings and evolution as an artist is truly compelling.

Born in 1962, Mishima moved to Venice in 1989. She now splits her time between Kyoto and Venice. Her work is currently on view in the Contemporary Japanese Crafts: The Kikuchi Kanjitsu Prize II exhibition at Tokyo’s Musée Tomo through March 20. The artist has also displayed her abilities in commissioned works for public spaces such as Ristorante Primavera (located in Clematis-no-Oka, Shizuoka) and the Ritz-Carlton, Kyoto.

We hope that you will consider introducing Mishima Ritsue’s Stars, the artist’s fourth solo exhibition at ShugoArts, in your publication.